This is adapted in part from a paragraph in our recent article The Brattle of New Orleans, an account of our experiences at Lee Circle on May 7th.

Quite disgracefully, in our opinion, the Louisiana chapter of the Sons of Confederate Veterans were entirely missing from the pro-monument demonstrations at Lee Circle in New Orleans on May 7th, 2017. Rather than helping to fight a real battle by standing up to defend their heritage and its symbols at Lee Circle, they were out at Jackson Crossroads for the day, play-acting as toy soldiers.

A few days after the event I visited the Facebook page for the Sons of Confederate Veterans, and I saw a post from the Louisiana Division Commander, J. C. Hanna. He had a picture taken of himself as he sat comfortably under a shade tree in Jackson Crossroads, while talking on a cell phone. In the caption he boasted that he was being interviewed by CNN regarding the removal of the monuments in New Orleans! [Updated Screenshot from May 17th.]

This was a slap in the face to all the men and women who were making a stand at Lee Circle, and it makes the SCV's absence from the event even more disgraceful. Of course, CNN is #FakeNews, and I will venture to say that for an interview on the monuments which was obviously timed to coincide with this event, they found a faker.

Now we learn from Occidental Dissent that the Virginia chapter of the SCV are even bigger fakers. [Their pathetic statement is reported by nbc29.com] This is explained in their recent article Virginia Sons of Cuckfederate Veterans Denounce Alt-Right Charlottesville Rally. So, basically, they have accepted the destruction of their own White Southern heritage on the altar of pluralism and diversity. They are a disgrace to their ancestors.

In the War Between the States, the defeat of the South was not the end of the battle, it was only the beginning of many battles to come, and of some which have still not been fought. It was a war of freedom from Tyranny, and it is timeless in its nature. The Confederate armies were defeated in glory, and without shame. Now that the Sons of Confederate Veterans are surrendering without having fired a shot, let their shame be on them and not on their fathers. 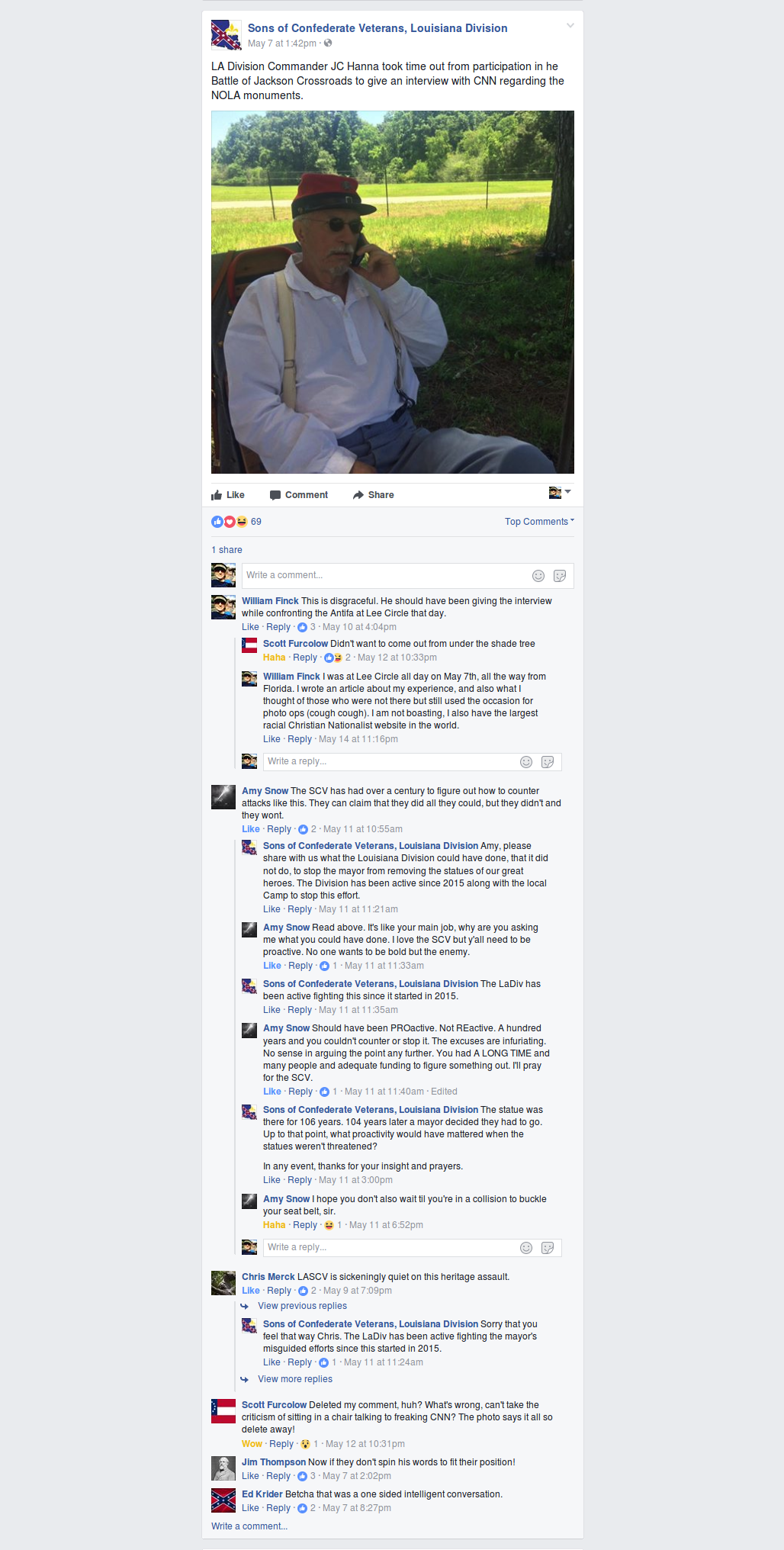